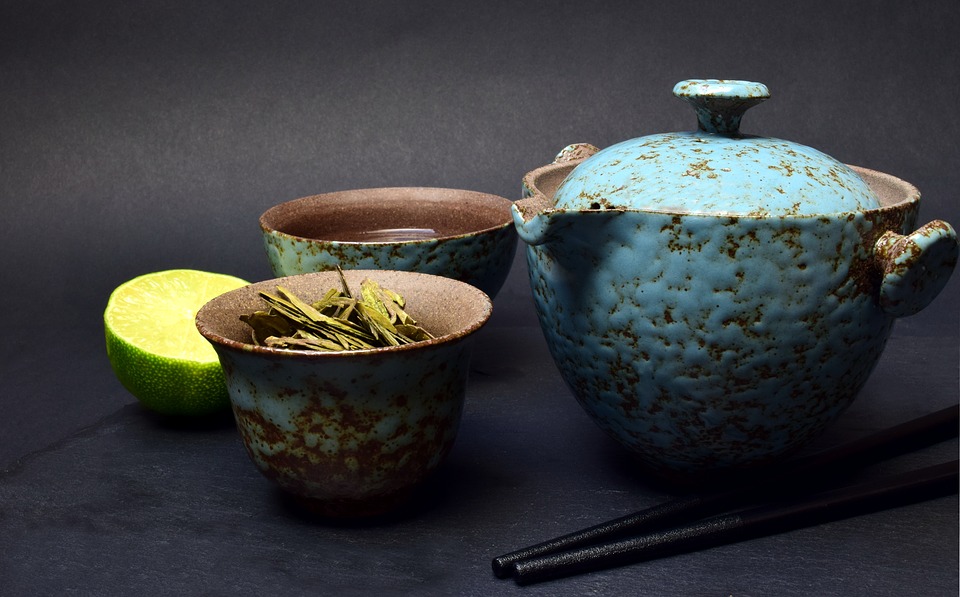 Who hasn't heard of Superfoods these days? Social media and magazines are flooded with various articles about foods and ingredients that claim to be extremly beneficial compared to other, average foods. But why is Green Tea thought to be beneficial and does it holds it's promise?

Native to China and India, tea is the most consumed beverage in the world, after water. Approximatly 78%of consumed tea is black tea and only 22% green tea. It is made from unoxidized tea leaves, which is less processed and therefore holds more antioxidants than other tea varieties.

Consumed unsweetened it is a zero calorie beverage, which contains less caffeine than black tea (depending on the brewing time), and contains high amounts of antioxidants and polyphenols.

"According to the National Cancer Institute, the polyphenols in tea have been shown to decrease tumor growth in laboratory and animal studies and may protect against damage caused by ultraviolet UVB radiation." (Source: www.medicalnewstoday.com)

Recent studies had proven certain health benefits of Green Tea, such as a reduction of cancerous cells and positive effects on specific cancer types including Breast and Ovarian Cancer, Bladder and Prostate Cancer, Stomach Cancer, Lung Cancer and Skin Cancer. The high amount of Polyphenols and Antioxidants is thougt to reduce cell growth and is even able to kill them.

The risk of cardiovascular diseases, such as strokes and heart attacks, as well as mortality due to this diseases could be reduced significantly through the consume of Green Tea. A study over a ten year period showed evidence of a lower risk of dying due to a heart disease in a group of participants who drank 5 cups of Green Tea per day.

Inflamed skin and tissue conditions such as acne, psoriasis and neurodermatitis, could be slowed down and calmed by the consumption of Green Tea. Also Green Tea could be used as compress to reduces redness and inflammation on sore skin.

Antioxidants and the tannin Catechin in Green Tea are well known for Detox and Anti-Aging. It renews cells, detoxifies tissue and organs, stimulates your metabolism and is anti-allergic. 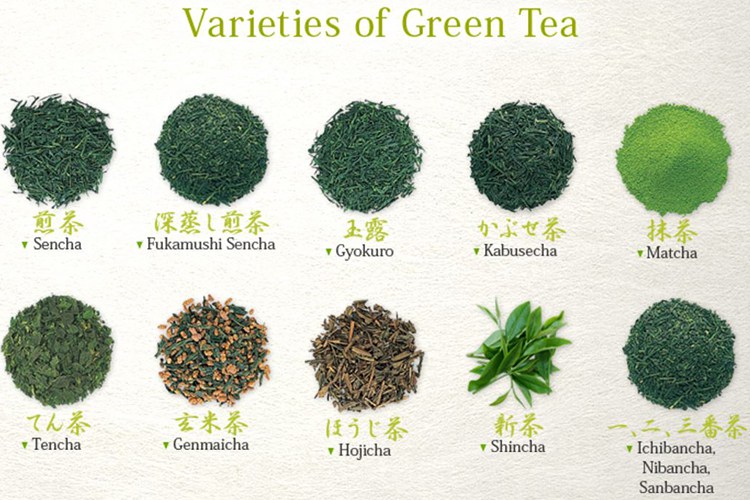 There are varieties of Green Tea with different flavours and instructions how to prepare it the best way.

Sencha Is the most frequently drunk and well-known variety of green tea.

Fukamushi Sencha Has been steamed twice as long as regular Sencha. Fukamushi means "steamed for a long time."

The leaves have been exposed to the steam's heat, therefore they become powdery and

the tea gets a stronger taste and darker green color.

Gyokuro Has a rich aroma, similar to nori seaweed.

Kabusecha The tea has a darker green color, full-bodied flavor and lower astringency than Sencha.

Matcha Tencha that is stoneground immediately before shipping is called Matcha.

Dark Matcha is used in Japan's traditional tea ceremony, and was previously made from the leaves of very old tea bushes - over 100 years old.

Matcha is also used extensively in the making of traditional Japanese confections and various savory dishes.

Genmaicha Derives its name from the Japanese word for "brown rice," which is rice that still retains the bran covering of the rice grain. The soaked and steamed brown rice is roasted and popped, and is mixed with Sencha or other tea in a ratio of approximately 50:50. One may enjoy the combination of the savoriness of roasted brown rice and the refreshing flavor of Sencha.

Hojicha Is made by roasting Sencha, which gives it a distinctive roasted aroma. The tea leaves are roasted in a pan at a temperature of approximately 200 degrees C and then immediately cooled. Through roasting, caffeine is sublimated and therefore  becomes less bitter.

Shincha During the winter, tea bushes store up nutrients essential to the growth of both spring shoots and new leaves, which are lush and packed with nutrients. These new leaves become Shincha. The 88th day after the first day of spring according to the traditional calendar (February 4) is called "Hachijuhachi-ya." In Japan, a traditional belief since olden times is that if one drinks tea picked on this day one will enjoy the year in sound health and good spirits.

Shincha has a refreshing and invigorating scent of new leaves. Shincha is low in catechin and caffeine, making it less bitter and astringent. Shincha tends to have a higher content of amino acids (theanine), which give it full-bodied flavor and sweetness.